Do you remember what it was like to be afraid of thunderstorms? As children we might’ve thought the lightning was just another kind of fireworks show, until the crash of thunder rolled in behind it. We try to tell little ones they don’t have to be afraid, but it rarely works. One story I heard when I was little was that the thunder was the sound of angels bowling. Apparently they’re a lot better at it than I am.

My family has a little dog. I call him a “scaredy-dog” because he’s afraid of everything. If the smoke alarm goes off when I’m cooking, he whines until he can get out of the house. When one of the cats gets near him, he whines and tries to get away. And when there is a thunderstorm in the forecast, he whimpers all day, dreading its coming. He used to belong to my mother-in-law. She tells us how he would try to hide under her pillow during a storm. While she was sleeping on it. He’s a crazy little dog.

What about you? Are you afraid of thunderstorms? Do the claps of thunder still catch you off guard? I still count the seconds between lightning and thunder to see how close the storm is and whether it is coming or going. I still expect to hear the sound of smaller footsteps entering the bedroom. But not every storm we face is found in the clouds and rain. Thankfully, there is a powerful key to weathering the storms of life.

END_OF_DOCUMENT_TOKEN_TO_BE_REPLACED

One of the songs that put Christian musician Steven Curtis Chapman on the map in his early career was one that talked about how great the road to Heaven is. “There’s no better place on earth than the road that leads to Heaven. No other place I’d rather be.” 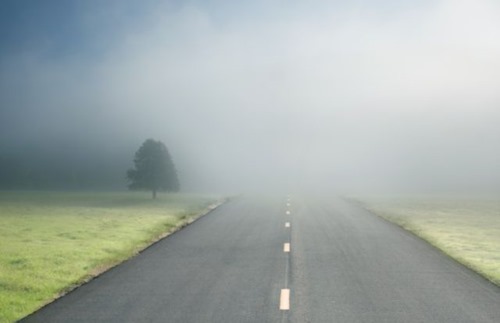 A lot of times we talk about the Christian life as a great place where our troubles pass away, sickness is healed, and every need is provided for. We draw a picture of how God works all things for our good and wipes away every tear.

While each of these statements comes from Scripture, we have a tendency to place God’s promises where they don’t belong. For example, God will wipe away every tear in the New Jerusalem where we enjoy eternity with Him (Revelation 21:1-4). In our zeal to lead souls to Jesus, we have to be careful not to dye the grass so green that we do not prepare those souls for the realities of following Jesus.

END_OF_DOCUMENT_TOKEN_TO_BE_REPLACED

Our little city of Campbellton, New Brunswick, has found its way into the news. The story of two young boys’ death is known around the world. Its sorrow has touched so many. We pray that God would comfort family and friends in such a difficult time.