I have to confess that when I heard about the loss of Matthew Warren, the son of pastor Rick Warren, my first response was not to comment on it. So many people identified with the tragedy that social media seemed set ablaze. 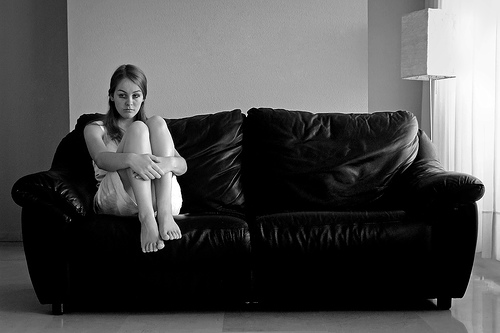 Like a brush fire in the dry prairie, it spreads and affects others over time. As life has a chance to slow down and as the input continues to be received, it triggers later responses. That is what this part of what this post is for me.

At the same time I want to share with you a collection of thoughts recently posted over the Internet by some Christian names that you might be familiar with, collected by Ed Stetzer of Lifeway Research.

A lot of people do not know it, but I was depressed and suicidal. It was over twenty years ago, rebut that does not make it any less real. Many of those who have shared recently About depression in their lives speak as adults who have or continue to struggle. I was in my early teen years.

I think my parents just thought that I liked being alone. In a way, I do. But the hours I spent in my room each day were based on more than just looking for some peace and quiet. For a stretch of several months I thought of running away. When it dawned on me that I would be in even worse shape if I went that route, I turned to thoughts of suicide.

I had it all planned out, two or three different ways. They were simple and painless. I had my note all planned out. But I never did it. And I cannot tell you why. I am grateful that I didn’t.

Author and researcher Ed Stetzer shared a collection of articles posted this week. They expose this Church’s failures and myths about depression as they are clear, open confessions from people who know and love God. Some have conquered, others have not.

Here are a few lines from the collection. You can read the full article here.

You don’t try to kill yourself because death’s appealing — but because life’s agonizing. We don’t want to die. But we can’t stand to be devoured.

“I can see why people commit suicide. I honestly can. Not because I am near that, but this last bout of depression was the first bout where the fear of the what was coming was greater than the fear of anything else.”

The burden of having a mental illness is at times very hard to bear. Christians must learn to ease that weight for others. Too often churches will instead add to sufferers a sense of guilt that they “ought not” to be feeling that way.

For those afflicted, depression enters when we’ve lost hope for the future. When we no longer imagine a life that is free. Whether it’s triggered by a chemical imbalance or a change in circumstances, facing it in isolation is the most treacherous. At precisely the time we need others, our inclination is to turn inward.

If you struggle with depression, or if you know someone who does, I pray that the words of these men and women of God will bring you encouragement.

If you are battling depression or a mental illness, get help and surround yourself with the Body of Christ. You should not expect to flip a switch and be “better.” But alone your chances of being swept away are far greater than if you have a lifeline to hold on to. Though some may not understand, there are those who do. For they have been there, too.