Well, it’s September. That means is a very important time of year. The children are back to school. There’s a hint of Fall in the wind. And an entire subculture of Western civilization sat on the edge of the seats for a big announcement.

We were waiting for it. Sometime back in April or May we started to think about it. Like kids getting ready for Christmas we started to countdown the days. Google searches led us to rumors and hopes. We couldn’t stand the wait. The anticipation almost killed us. Then yesterday it finally came. The big news we waited months for: the launch of Apple’s iPhone 6. 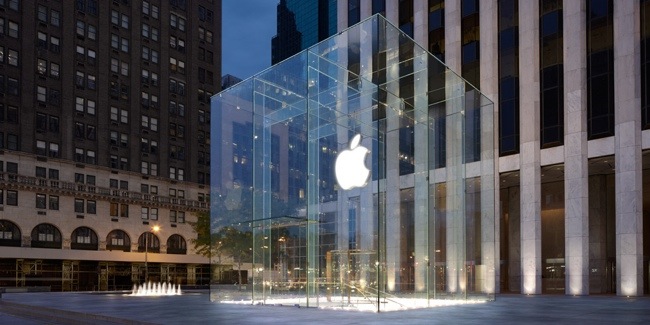 Unbeknownst to a lot of Apple junkies, there’s a much bigger announcement that continues to ring out around the world. It wasn’t delivered in a keynote speech at a prestigious conference of forward thinkers. There were no headlines when it came out. And just because it’s old doesn’t mean it is less powerful than the latest technology.

I admit it, I’m a gadget guy and technology geek. It started with the Commodore 64 my dad brought home from work back in the 80’s. When it comes to Apple, I’ve got the Phone and the Pad, but I stick to the PC computer to keep the budget happy. Like so many people I was eager for the big news yesterday. After supper it hit me, and I grabbed my iPad and started searching for video of the presentation. I missed it. All of that waiting and I missed it.

Kind of puts things in perspective, doesn’t it? The anticipation over the next expensive, must-have technology item. It drives people crazy. And then it makes them spend money some of them don’t have, just to have the best for a few months, again.

You see, that’s when something new will be announced. It may not be from the same company, though Apple helped create the trend. We learned to keep our eye on the new and the best. It isn’t Apple’s fault; we’ve been like that for a long time now. Our culture seems to need something new to keep everyone from getting bored or satisfied.

So where’s is that hunger in our souls? We flesh it out well with cell phones, tablets and blockbuster movies. New cars find their way onto our driveways and we buy new homes to showcase behind them. But we have come to expect the same out of the day-to-day world around us. Life isn’t going to change much, so we have to make the best of it.

If you believe in God your desire for something new should push you to anticipate and desire what’s new far more than any Apple junkie feels about a phone or computer. God has promised new things to those who are willing to put aside the old.

“Forget about what’s happened;
don’t keep going over old history.
Be alert, be present. I’m about to do something brand-new.
It’s bursting out! Don’t you see it?”  (Isaiah 43:18-19 MSG)

God promises to do something new, and that was about 1,400 years ago. People that had followed Him for hundreds of years were stuck on one event from the beginning of their journey. But they needed a fresh move of God, fresh life in Him. God promised it to them, and in doing so He promises it to all of us.

The one catch is already programmed in our minds. We have to let go of the old. But we don’t have to pay hundreds of dollars or wonder if all of our contacts will survive the transfer. God promises to send all of Heaven’s power in a new and mighty way, the power that raised from Christ from the dead, and “is able to do immeasurably more than all we ask or imagine” (Ephesians 3:20 NIV).

God’s promises is greater than a new or updated operating system. It’s more than just a newly developed or redesigned app. The repercussions go far deeper than increased productivity or social connection. It is life abundant, full of power, peace, joy, comfort, hope, and love.

Forget about the past. This is like nothing you’ve ever seen. It’ll blow your mind. And there will always be more. Always something new. It won’t come from California, China, or Europe. It won’t be the ingenuity of any earthly mind. God promises something new, straight from Heaven, tailor-made for your life.

Did you hear the announcement? Were you listening? This verse says it is already happening. “It’s bursting out! Don’t you see it?” You are missing it like your 1990’s analog phone longs for Facebook.

You don’t have to wait in line. There is no two-week waiting period per-order requirement. Just ask God for more. And then prepare yourself, because it’s going to be different. It’s going to be brand new. Check the BIble to make sure it’s still Him. Let Heaven’s new guide your hopes and dreams. It’s happening. Get into it.